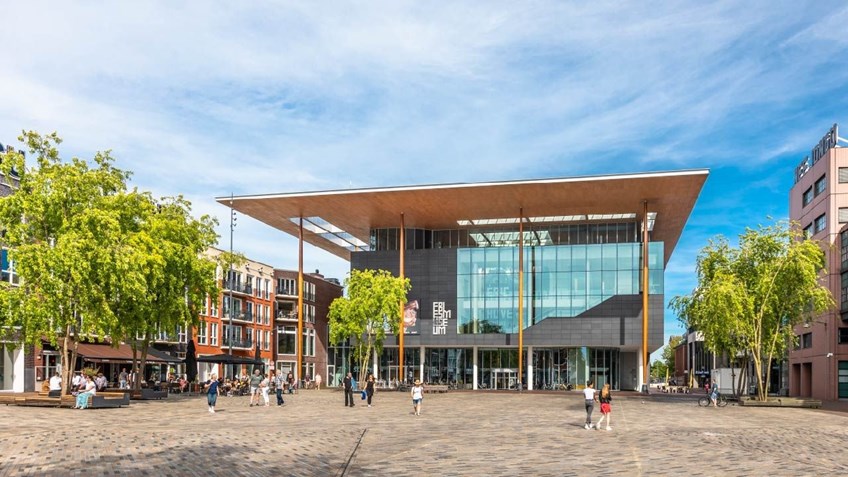 Located in Leeuwarden, capital of the Dutch province of Friesland (Fryslân), the Fries Museum has a rich history spanning almost 190 years.

The collection includes spectacular treasures excavated from ancient Frisian mounds, 17th- and 18th-century Frisian silverware, and works by the 19th-century painter Lawrence Alma-Tadema, who was born near Leeuwarden. Also housed here is the Hindeloopen room that became an international icon of northern European identity at Paris’s Great Exhibition of 1878, as well as items highlighting the legacy of Mata Hari, who was born in Leeuwarden. Museum visitors can admire works by Old Master painters and 20th-century Frisian artists such as Gerrit Benner, and also Dutch and international contemporary art and design.

Through these objects, the Fries Museum tells stories about Friesland’s eleven cities and the countryside, the love-hate relationship that Frisians have with water, and the quest to define Frisian culture and Friesland’s position in the world.

Show your ISIC card at the entrance and get 50% student discount.

Get your ISIC card EUR 12
Persuasion