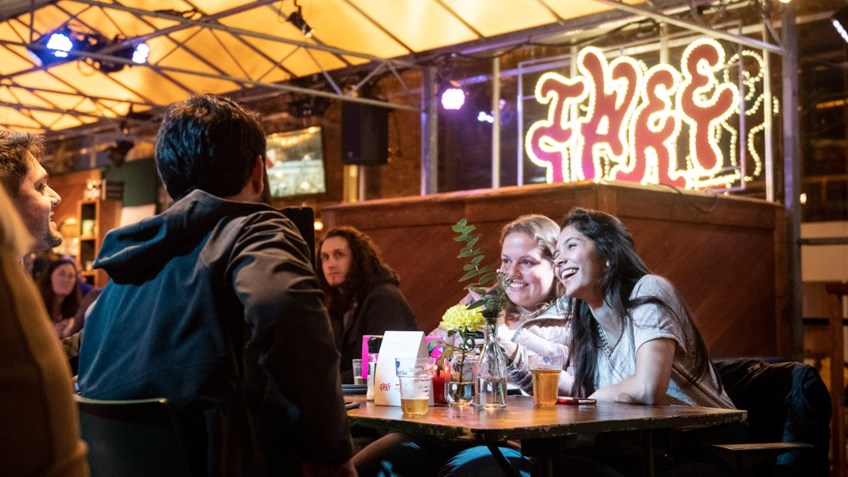 Festival Tweetakt in Utrecht is an arts festival for everyone, also for you? Get discount with ISIC!

Festival Tweetakt in Utrecht is an arts festival for everyone. With theater and dance performances, music performances, visual arts and interactive installations. By young talents and experienced makers, from Utrecht, from the Netherlands and Belgium, but also from far beyond. Tweetakt takes place at two locations: in the Utrecht city center and at Fort Ruigenhoek, just outside of Utrecht.

Tweetakt in the center is from Friday 27 March to Sunday 12 April. In the Utrecht theaters, Tweetakt shows the best dance and theater performances. The Neude is our festival square, where two temporary theaters, a restaurant and terrace and our Podium-greenhouse can be found. In the Podium-greenhouse, music performances can be seen and heard, from indie to world music, from hip hop to modern classical and from danceable electronics to singer-songwriters.

Tweetakt at Fort Ruigenhoek is from Sunday 29 March to Sunday 14 June, on all Sundays and public holidays.

Students receive a discount on the performances at Festival Tweetakt on presentation of their valid ISIC. Instead of the standard rate of € 16,50, they pay the student fee of € 10. Tickets can be purchased via the website (https://www.tweetakt.nl), the box office on the Neude or the cash registers at the festival locations.

Get your ISIC card EUR 12
Persuasion